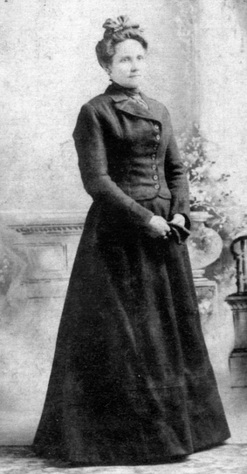 The Correllian Nativist Tradition is based upon the teachings of members of the High-Correll family. The High-Correll family were descended from a line of Cherokee Didanvwisgi who intermarried with a line of Scottish Traditional Witches, whose descendants were further influenced by Aradian Witchcraft and by the Spiritualist Church.

The founder of the Tradition is the Blv. Orpheis Caroline High Correll. She is said to have founded the Tradition as an entity separate from her ancestry on September 4, 1479 Pisces (1879 AD).

Orpheis Caroline was a practicing psychic, spiritual healer, and herbalist, and spent many years with the traveling circus which she owned with her husband, John Correll.

Lady Orpheis called the Tradition simply Nativist, and this would remain the Tradition’s primary designation until the appellation of the term “Correllian Nativist” in 1592 Pisces (1992 AD), or as we now more commonly call it; Correllian. 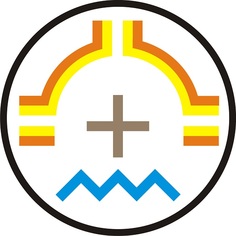 Lady Orpheis’ Nativism was a highly political and deeply synchretic form of Pagan universalism, which stressed the need for the world’s Native (Pagan) religions to unite in the face of colonial Christianity.

Whether Correllian Nativism was originally a branch of what would later be called “Wicca” or not is a matter of debate. Correllianism’s claim to Wiccan status rests both upon Lady Orpheis’ claimed Scottish Traditional lineage, and also upon her Aradian lineage, which she acquired in 1504 Pisces (1904 AD) through Lydia Beckett, a student of Charles Leland. We would say that any such debate would be only a matter of semantics anyway.

(Above left: The Correllium, symbol of the Correllian Tradition. The Correllium was originally a personal vision symbol which came to be used as a familial crest before becoming the Tradition sigil.) 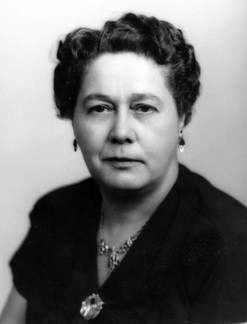 Above: Blv. Mable High Correll
Today the Correllian Tradition has two Join-Heads designated as First Priestess and First Priest, whose powers are represented by the office of Chancellor. This is based upon the traditional Cherokee clan structure which was used by the High-Correll familial Tradition. The Tradition has always had both a Matriarchal Head (in Cherokee the Agayv Gigagei)  and what might be termed a Fraternal Head. The Matriarchal Head of the Tradition was usually the oldest woman, the Fraternal Head her brother or son. Below is a list of persons who have served in this capacity during the Tradition's existence, ending with the current Joint-Heads. 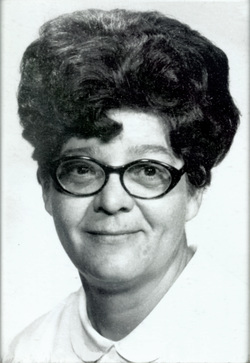 Above: Blv. LaVeda Lewis-Highcorrell
HOW THE STANDARDIZED LESSONS CAME TO BE

On Candlemas of 1579 Pisces (1979 AD) the Regent LaVeda, of beloved memory, convened the Correllian Council of Elders for what would prove to be a momentous meeting.

This meeting ended the Blv. LaVeda’s Regency, acclaiming her cousin Krystel High-Correll as the new Head of the Correllian Tradition. The Elders also acclaimed Lady LaVeda’s son, Donald Lewis-Highcorrell, as Co-Head of Tradition.

​Krystel and Don's first act as Headof Tradition was to declare the Tradition open to the public and to inaugurate a series of outreach programs. One of these outreach programs was to be a series of correspondence lessons in Correllian Wicca. Rev. Don began work on them at once. Lady Krystel, Lady LaVeda, and Lady Gloria -then First Elder of the Tradition- all took part in the compilation of these first lessons.
The draft copy of these lessons was finished and approved by summer of 1586 Pisces (1986 AD), but little was done with them. Proposed revisions were delayed by the passing of key members of the Tradition, as well as the success of other Tradition projects. 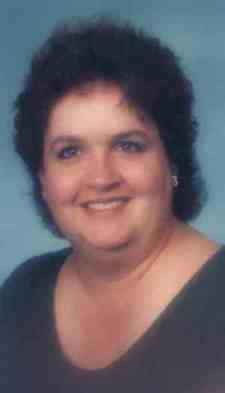 Above: M. Rev. Krystel High-Correll
By the winter of 1590 Pisces (1990 AD) the revisions had been completed and plans were made to produce both printed and video-taped versions of the lessons. A working partnership was established with Edward High Correll (who had not yet entered the Tradition) and his company, Psychic Services Incorporated, with a view toward producing and disseminating the material. In January of 1591 Pisces (1991 AD) filming began on the video-taped versions of the lessons, only to be halted when Rev. Don suffered a serious accident which would leave him bed-ridden for months and in recovery for several years.
​
During the First Priest’s illness the lessons were set aside. By the time Rev. Don was able to again turn his attention to the lessons, it was decided that the original materials were outdated, and needed a second revision.

Work began on the revisions in 1597 Pisces (1997 AD), and the first of the revised lessons would be presented to the Tradition in 1598 Pisces (1998 AD).
The new lessons were much deeper and more thorough, with a stronger emphasis on the inner nature of Correllian teachings. After twenty years, the Lessons in Correllian Wicca were finally completed early in 1599 Pisces (1999 AD).

The first Correllian Cleric to be trained under this system was Rev. Cweord, of Chicago's Holy City Temple, who was initiated as a First Degree Priest on November 11, 1599 Pisces (1999 AD). Rev. Cweord was the last Correllian initiated in the old century, and it is fitting that he should have been the first to come in under the long awaited lessons.