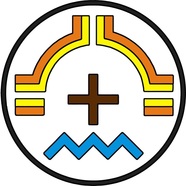 It's easy to become an Outer Court Member of the Correllian Tradition. We believe strongly in celebratory as well as initiatory Wicca. Because of this we welcome people to our Outer Court. We believe that the Goddess is for everyone, and that anyone can benefit from the timeless truths of the Wiccan religion.

The Inner Court, or Priesthood of the Tradition, is much harder to join. We accept students readily, but students for the Priesthood must study hard and pass a series of tests to prove their knowledge. Our Lessons for First degree Priesthood are considered among the best available, and cover many subjects, which the student is expected to learn about in depth. To find out more about our First Degree Lessons, go HERE. 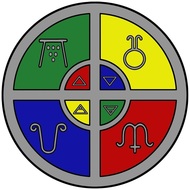 THE OUTER COURT - MEMBERS OF THE TRADITION

THE INNER COURT - PRIESTHOOD OF THE TRADITION

DEDICANT
-A Dedicant is a person who has dedicated a period of one year and one day to study and training toward the Priesthood.  During this period the Dedicant is considered a member of the Inner Court. At the end of their year and a day the Dedicant may return to Outer-court status, or request First Degree initiation.

HONORARY
–In the Correllian Tradition the term Honorary is used to describe a person who holds an honorary rank in the Inner Court of the Tradition. Most often Honorary status is granted to initiated clergy from other Traditions who are affiliated with a given Correllian Temple as Outer Court Members, but have not pursued Correllian clerical training. As Honorary Clergy they are welcome to attend ceremonies that are for clergy only, such as initiations, and even sometimes hold office within the Temple. Less often the term is used for an Outer Court Member of the Tradition who is granted Honorary Clerical status because of life experience or services rendered to the Tradition. Honorary status is not often given, and is reserved for highly respected people who have truly earned it. 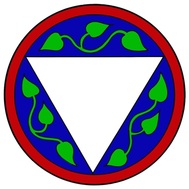 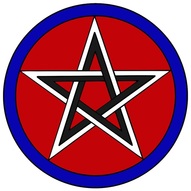 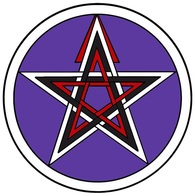 JOINING SPECIFIC TEMPLES
-The Correllian Tradition has a number of Temples. Each Temple has its own leadership and policies, which have been designed especially to suit its own needs. If there is a Correllian Temple near you, you may wish to join it. To do this, you must apply to the individual Temple itself.