The Lustration of the Ancestors for Year 22 Aq, hosted by the Temple of Universal Gaia and the Holy Order of Palaidns, was a great success. See the videos from the event HERE

Official Announcement from the First Council of the Correllian Tradition:
Correllian Mission for Pagans to the Ninth Parliament of the World’s Religions.

Our primary mission as a duty of the Correllian Tradition is to Promote Representation and Inclusion of Pagan and Wiccan Traditions through participation and attendance at the Parliament, while being proactive in gathering us together.

The Mission is focused on providing support and representation at the Parliament of the World’s Religions.  Our primary skill of service is the ability to attract and fill the needs of tickets and admissions and supporting those individuals and groups at nearly every level of hospitality.

Housing: Provide Housing at high quality and affordable prices. We are looking at sharing all manner of spaces including large homes, great shared spaces, hotels, and to provide a safe space to sleep and wind down.

Transportation: The Mission will include transportation to and from the Parliament Events from your housing through a combination of tools. We will be within 25 minutes of the Parliament Center, which will allow for rapid and efficient people moving.

Food: The Sikhs do the Langar. This is a daily lunchtime event that anyone can take part in. As far as the mission, we will provide breakfast, for every food health variant.  This will include additional foods to be able to make bag lunches. We will also include evening foods in order that no one will go hungry.

Scholarships: It is expected that most members can afford all aspects of the Parliament, and through this mission dramatically bring down the costs of attendance.  Yet, we have individuals that, no matter what they do, cannot afford this without direct financial assistance. We are actually aware of our overseas members whose local economies cannot provide the dollars needed, and this the mission plans to work on from the very beginning.  For the Correllians this will include overseas members from the Philippines, South Africa, and South America. This will be a wonderful opportunity to draw in together our Clergy globally, for a worthy cause, and to assure we are represented in the halls of the Parliament.

Tech Support: We do not yet know all the details of how the Parliament will want to represent themselves online. It is our hope they will accept assistance and allow us to develop social broadcasting services.  But we will be developing our ability to support our tech movement towards the Ninth Parliament of the World’s Religions in Chicago, August 2023. It will be the most interactive in history.

So, this is the Correllian Mission.

The Executive Team to begin.

- Rev Ser Lori Blackman is our Team Leader, acting as the primary contact and source of Committee for a Parliament of the World’s Religions.
- Rt Rev Ser Mike Neal is the Opperations Officer, in charge of the Correllian Fundraising Office and will be working with fundraising, logistics, and support.
- M. Rev Stephanie Neal is the coordinator of the Correllian Peace Message to the Parliament of the World’s Religions, an interfaith prayer.
- M. Rev Donald Lewis is the Host and Coordinator of the Mission.  He is liaison to all of the Traditions who are looking to attend and do so in a quality way, allowing for inclusive and expansive representation.
​- Rev Ser Alan Salmi is our Chicago Representative, acting as local contact and networker. He will function as the contact for volunteers and services.
- Rt Rev Ser Ed Hubbard will be senior consultant and operations officer during the Parliament. His deep roots and understanding will allow us the best the city offers, while doing so affordably.
- Rev Ser Chad Blackman will be our IT director to provide a better online experience. His team will begin to create connections and ways to support Pagan communication prior to, during and after the 9th Parliament.  Once the Parliament begins, we want to assure everyone involved can communicate and coordinate as they choose.

Correllian Tradition Statement on Racial Justice
Year 20 Aquarius
​
​After consulting with our most prominent black Clergy, the Correllian Tradition has made a statement addressing the social unrest currently sweeping the United States in protest of systemic racism and the recent murder of George Floyd. To read the statement click on the desired language:    ENGLISH       ESPANOL      NEDERLANDS      TAGALOG       GREEK
Visit the First Priestess' site at StephanieLeonNeal.com

THIS IS THE OFFICIAL WEBSITE OF THE CORRELLIAN TRADITION 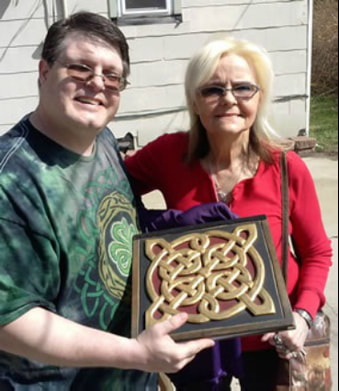 Correllian First Director Rt. Rev. Ser Jason Highcorrell and then First Elder Blv. Windy Lajoie with the Correllian Book of Life, containing the names of all Correllians. Ser Jason is based in Illinois, Lady Windy was Massachusetts, USA
Here you can learn more about the Correllian Nativist Tradition, its leading members, activities, and locations around the world. Through our Adventure Pages you can also enjoy photo essays about Correllian events past and present.

The Correll Mother Temple is located in Danville, Illinois, USA, but meets in many locations. Any location in which the Mother Temple meets is said to be "Under-the-Hill" after the name of its original meeting place. ​ 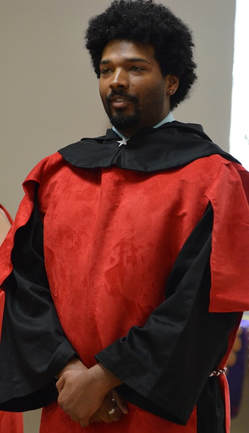 ​So what is the Correllian Tradition, and what makes it different from other Wiccan Traditions?

​Usually when people ask this they are expecting a liturgical answer -some special beliefs or ritual forms that are unique to Correllianism.

Correllianism does put an unusually strong emphasis on the philosophical aspects of Wicca, and on the spirituality and inner mysteries of the Wiccan religion, but liturgically our beliefs do not especially differ from those of other Wiccan Traditions. Rather it is our attitudes toward the Pagan community and its future that tend to set us apart.

The Correllian Tradition is dedicated to the advancement of the Pagan people. We believe strongly in the need for increased communication and co-operation between Pagans everywhere, from all Traditions. 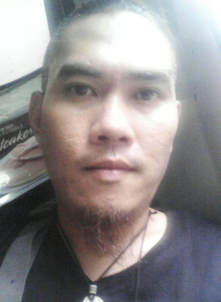 Ser Apu Aghama of Liuntang Aghama Shrine. Ser Apu is based in the Philippines
We stress the importance of the Pagan Clergy as teachers and facilitators, and the need for a strong public presence.
​
The Correllian Tradition emphasizes celebratory as well as initiatory Wicca, and is strongly committed to accessible public ritual.

But perhaps the one thing that most sets Correllian Wicca apart is that we have embraced the internet as an educational tool.

Correspondence teaching is nothing new in Wicca, but we were the first to utilize the internet as a serious tool for training new initiates. This has brought  great expansion and many changes to our Tradition. 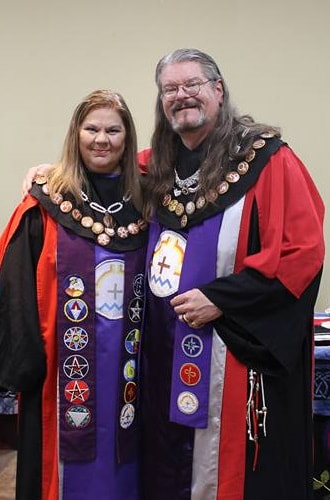 Correllian First Priestess M. Rev. Stephanie Leon Neal and First Priest M. Rev. Donald Lewis. Lady Stephanie is based in Georgia, Lord Don in Florida, USA
Another thing that makes Correllian Wicca different from many other Traditions of Wicca is that we are a unified Tradition with a single leadership. The entire world-wide Tradition has a single structure allowing us to act together as few other Traditions can.
​
The leading bodies of the Correllian Tradition include; The Witan Council, which is made up of all Temple Heads, Elders, and Officers of the Tradition; and the Correllian Council of Elders which includes the Heads and Officers of the Tradition, and its most respected members.

Additions are made to this website with increasing frequency, especially the Temples page and the adventures pages, so check back often.

May the Blessing Be upon you!