The Regent LaVeda was born on 25 November, 1927, when the power and influence of the High-Correll family were at their height. She was a child of privilege, who spent much of her youth on the Blv. Caroline High-Correll’s estate Under-The-Hill on the banks of the Vermillion river.

But by 1940 the Blv. Caroline was dead, LaVeda’s father had become a mental and physical invalid, crushed by prison and illness, and she had been removed from the custody of her divorced mother (the Blv. Mable, then Head of the Correllian Tradition) to briefly become a ward of the state because of the family’s religious and social beliefs. These experiences, together with her Native American heritage and the issues that came with it, and the hateful acts which followed the early death of her only daughter, Linda, caused the Blv. LaVeda to live a very closeted life. 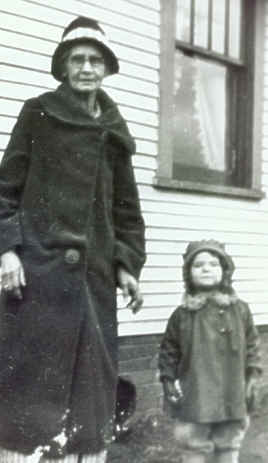 Above: Blv. Caroline High Correll with Blv. LaVeda c. 1930
In public she concealed her racial and religious identities, while in private she nursed a strong sense of the injustice done to non-Christian peoples and the need for action to change this –the same attitudes which had earlier motivated the Blv. Caroline High-Correll’s teachings about the relationship of the "Native Religions" Vs the "Book Religions."

Although she made tentative steps out of the broom closet during the later ‘80s, the Blv. LaVeda preferred to write under a pseudonym, "Elizabeth Greenwood," inspired by the name of her home "Greenwood House."

​During these years too, the Correllian Tradition came to identify itself strongly with the modern Wiccan movement. With its roots in Cherokee religion, Scottish Traditional Witchcraft, and Spiritualism, as well as a strong association with Leland’s Aradians,

Lady LaVeda's mother, Blv. Mable High-Correll, second Matriarchal Head of the Correllian Tradition, R. 1939 - 1966
​Nativism was arguably something apart from Wicca until the late ‘70s –depending upon the definition of Wicca one uses. Many people have begun to draw a division between Traditional Witchcraft, such as Nativism, and the modern Wiccan movement, which they see as a development of the 50’s and ‘60s.

The Blv. Caroline’s original teachings were strongly Universalist and socially conscious, based upon the idea of pan-Pagan recognition and co-operation as the only salvation for the world’s Native (ie; Pagan) peoples. The brand of Wicca popular in the ‘70s was strongly similar to this, and drew little distinction between Wicca and Traditional Witchcraft, leading the Blv. LaVeda and other members of the Correll Mother Temple to feel not so much that they were joining a movement as that they were acknowledging an association which had always existed. Contemporary definitions might challenge these conclusions, since many now define Wicca as created by Gardner, but this was not the case in the ‘70s. 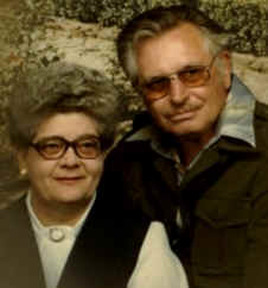 ​The Blv. LaVeda was the Heiress of her mother the Blv. Mable, but did not succeed her –passing her claim after thirteen years of Regency to her niece Lady Krystel, the present First Priestess of the Correllian tradition. Lady LaVeda’s son, Rev. Don Lewis, became First Priest and later Chancellor of the Tradition (in the Year 0 Aquarius / 2000 AD).

Lady LaVeda passed into Spirit on 13 September, 1589 Pisces (1989 AD), dying from complications of cancer. Her funeral, presided over by her son and niece, was low key but openly Pagan, in accordance with her declared wishes.

Left: Blv. LaVeda and her husband John Lewis. Their marriage lasted 47 years, and ended only with her death.