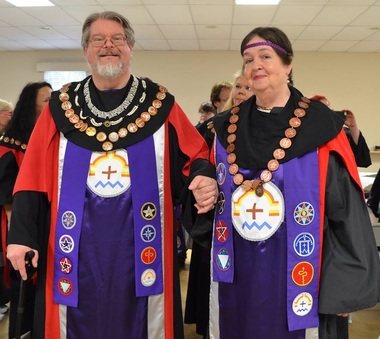 Left: First Priestess Krystel High-Correll with First  Priest Donald Lewis-Highcorrell, at the Lustration of the Ancestors for Year 16 Aq. 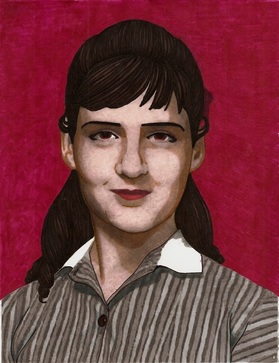 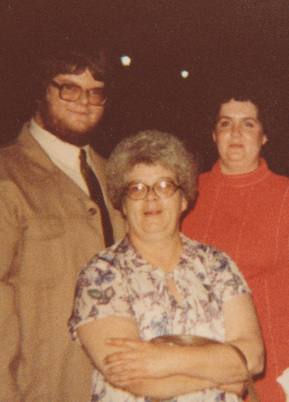 Although a  First Priestess can Retire in Office, the title cannot actually be resigned, therefore Lady Krystel will always remain First Priestess -but now shares the office with Lady Stephanie.

Although Lady Krystel is the first Matriarchal Head of Tradition ever to step down from active performance of the office, she cited the example of her aunt Blv. LaVeda who stepped down after thirteen years as Regent of the Tradition to allow for Krystel's own ascension.
​
The First Priestess is the Chief Priestess of the Correll Mother Temple. The Correll Mother Temple is primarily oracular in nature. It's ceremonies are concerned with divination, with the Ancestors, and with maintaining the equilibrium of the Universe and the Spiritual center of the Correllian Tradition. 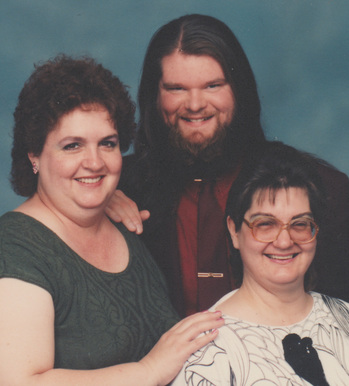 Lady Krystel is the daughter of the blv. Gloria High Correll, and is Head of the Louisine branch of the High-Correll family. A Correllian Priestess and former First Elder of the Correllian Tradition, the blv. Lady Gloria was also a Spiritualist Minister and a spiritual healer. 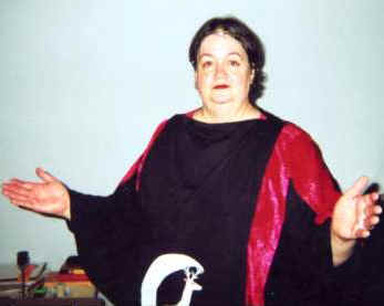 Deeply committed to the survival of the Pagan religions, it was by Krystel’s direction that the Correllian Tradition began holding public rituals, and began public teaching.

In keeping with these goals, Krystel commissioned the first version of Correllian Wicca lessons in 1981.

For many years Lady Krystel presided over a lively open discussion group, which introduced many people to Paganism and psychism for the first time.

Left: Lady Krystel in Witan robes. This photo is from 7 April, Year 2 Aquarius, the date on which Rev. Becci Penry of PURE Sanctuary Temple was seated on the Witan Council 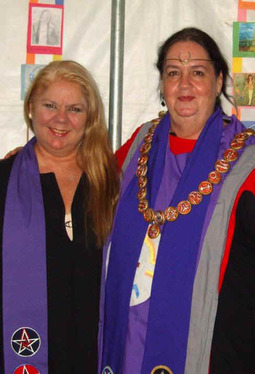 As well as Heading the Correll Mother Temple, Lady Krystel also served as Chief Priestess of the Correllian Temple of the Dancers of Shakti in the '80s and the Temple of the Clear Water in the '90s.

A highly skilled clairvoyant and spiritual healer, Lady Krystel has worked as a psychic reader and teacher for many years.

Lady Krystel is a published poet and an accomplished watercolorist.

Lady Krystel is the original author of "Living the Wiccan Life."

Right: Arch Priestess Krystel and Rev. Stephanie Neal, who would later become her Co-Regent, photographed at the Lustration of the Living for Year 7 Aq.
Rev. Krystle's lineage in the Correllian Tradition is thus: 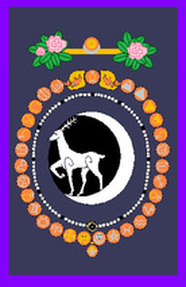 Though not commonly used, Lady Krystel's full formal titulary is as follows:

Left: Lady Krystel's Correllian Heraldic banner, showing her personal Sigil at center, surrounded by the Chains of Office for the Council of Elders and the Witan Council, and surmounted by the First Priestess' coronet showing the Moon and Sun conjoined. The coronet is adorned with peony flowers showing that Lady Krystel is a member of the High-Correll family.
Here is a poem written by Rev. Jacqueline deGraaf in honor of Lady Krystel's Retirement in Office:

She has a face with a moonlit glow
and shares her love with all she knows.

She's guided us through the toughest of times
and has greatly enriched our lives.

Her knowledge she shares, with poise and grace.
One would be hard pressed to take her place.

She has given her all, but as time has shown,
there comes a time when we need to step down.

Just as the Crone Goddess fades, we tire as well.
Then comes the time to rest for a spell.

She will be sadly missed in her place on the throne,
but dwells as First Priestess in the hearts of all she has known.

In her retirement, I ask of Goddess above,
May her days now be full of laughter and love.

Of whom do I speak?  Who's tale I do tell?
Our lovely First Priestess, Lady Krystel!!!!