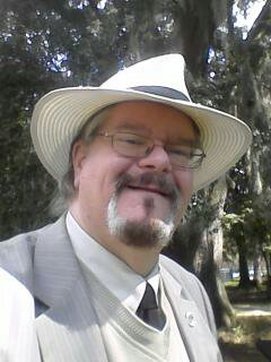 ​M. Rev. Donald Lewis-Highcorrell, commonly known as Rev. Don Lewis, is First Priest and Paramount High Priest of the Correllian Tradition. Rev. Don became First Priest of the Tradition at the same time as Lady Krystel's acclamation as First Priestess in 1579 Pi. (1979 AD), despite his being quite young at the time. At Mabon of Year 0 Aq. (2000 AD) Rev. Don was created Chancellor of the Tradition as well. To hear some of Rev. Don's teachings on video and audio go HERE 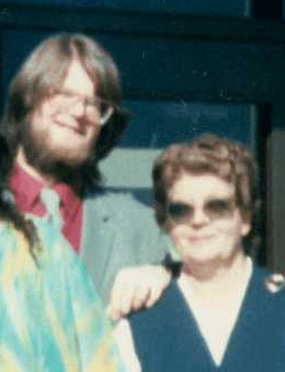 Rev. Don with his mother, Blv. Regent LaVeda
As First Priest of the Tradition Rev. Don is also the Chief Priest of the Correll Mother Temple. In addition Rev. Don has served as Chief Priest of several Correllian Temples of ordinary standing, including the Temple of the Dancers of Shakti and the Temple of Avalon in the '70s and '80s, and eventually Temple Head for Dancers of Shakti. In 1591 Pi. (1991 AD) Rev. Don became the Founding Temple Head of Holy City Temple in Chicago, which he co-founded with his brother Edward High Correll.

Rev. Don received his training from Rev. Krystel High-Correll, Chief Priestess of the Correll Mother Temple. Rev. Don also received training the Blv. Lady LaVeda, the Blv. Lady Gloria, and Lady Bitterwind, Elders of the Correllian Tradition. In addition Rev. Don has studied both formally and informally with a variety of teachers from many Traditions. 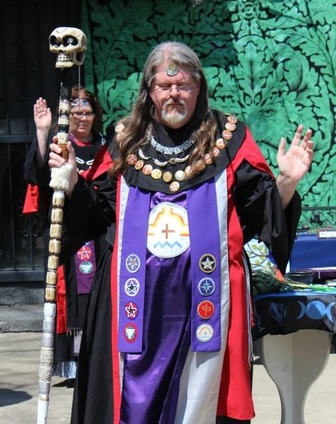 Rev. Don in robes as First Priest during the Lustration of the Ancestors for Year 14 Aq., at PURE Sanctuary Temple in Danville, IL.
​​﻿Rev. Don is a co-founder of Witch School, along with Ed High Correll and Lisa Tuit. Founded in Year 0 Aq. (2000 AD) from the earlier Daily Spell, Witch School is an online school founded to help the many people seeking Pagan and Magical education but unable to find real-time teachers in their area. The largest school of metaphysics in the world Witch School has had hundreds of thousands of students, and contains more than 12,000 pages of information, as well as thousands of video and audio offerings.  Although the Witch School International corporation is no more, the Witch School website continues as part of Correllian Educational Ministries where it serves as a seminary of the Correllian Nativist Church while still offering services to all seekers.

Rev. Don is production Head for Magick TV, where he produces various programs notably the daily "Rev. Don's Vlog", and is a host at Pagans Tonight Radio. 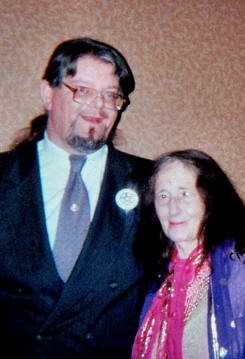 The Pagan Interfaith Embassy was founded in the wake of the Parliament of World’s Religions (held in Chicago in 1593 Pi. - 1993 AD) with the intention of fostering greater communication and co-operation between Pagan groups and Traditions.

Rev. Don has edited several magazines over the years, including The Round Table magazine (Est. '94) and the Wheel Of Hekate magazine (‘87 - ‘89) and was art editor of Psychic Chicago Magazine(‘90-’92).

Right: Rev. Don with M. Rev. Hon. Olivia Robertson of the Fellowship of Isis, at the Chicago Fellowship of Isis Convention, Year 4 Aq. For many years Rev. Don regularly attended this annual convention while he lived in Illinois. This particular year it was the first stop of the Witches Across America Tour. 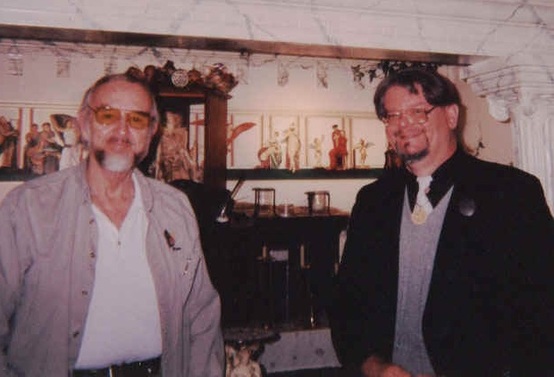 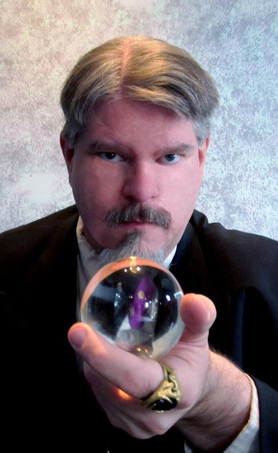 Rev. Don has made numerous TV and radio appearances, was co-host of Chicago’s "The Witching Hour" radio program in the early ‘90s, and was a regular guest on the "Telepathic Radio" program. Rev. Don hosted "The Pagan Pundit" program at Pagans Tonight Radio for several years, and currently hosts "The Correllian Family Hour" on Pagans Tonight.

​In 1587 Pi. (1987 AD), Don was awarded the Silver Salamander Award for excellence in Pagan journalism, and is listed in the Who’s Who of the Magickal and Pagan Community, published around the same time.

Rev. Don is well known as a professional psychic. He has been a professional clairvoyant since 1584 Pi. (1984 AD), and is a well-known astrologer. But Don is best known as a Tarologist, and the designer of the Tarot of Hekate ('82).

Rev. Don was introduced to the Tarot by his mother, who gave him his first deck (theTarot of the Hoi Polloi) at age11. The Blv. LaVeda acted as her son's booking agent during the early part of his psychic career. 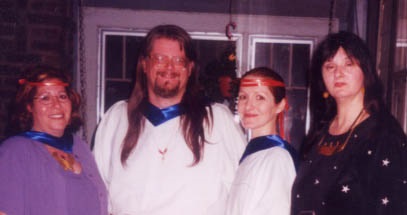 FOI Adepti ceremony, Year 0 Aq. (2000 AD), L to R: Adepta Janet Berres, Adeptus Rev. Don Lewis, Adepta Sarolta deFaltay, and Blv. Arch Priestess Deena Butta.
Rev. Don is also a prominent member of the Fellowship of Isis (http://www.fellowshipofisiscentral.com).  In the Fellowship of Isis Rev. Don holds the standing of Priest and Adept of Isis, Priest Hierophant, Arch Priest, Arch Druid in the Druid Clan of Dana, and Knight  Grand Commander in the Noble Order of Tara as well as being a member of the Union Triad as part of the Grand Commanders Union.
Rev. Don's lineage in the Correllian Tradition is thus: 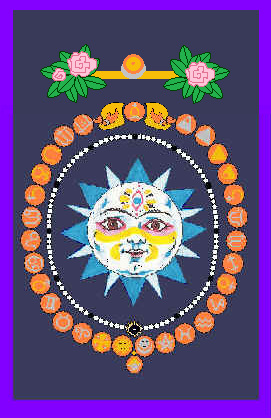 ​"Most Reverend Donald Lewis-Highcorrell, First Priest and Paramount High Priest, Arch Priest and Elder, Chancellor of Tradition, Witch King and Fons Honorum, Grand Oracle of Tradition, Paramount Grand Deemster, High Priest and Head of the Correll Mother Temple and the Temple of the Holy City, Head of the Order of the Morning Glory, Male Head of the House of High Correll and sole Head of the Mabelline branch of the House, Prince of House and Faith. Arch Priest, Priest Hierophant, Priest and Adeptus in the Fellowship of Isis, Arch Druid in the Druid Clan of Dana, Knight Grand Commander and Member of the Grand Commanders Union in the Noble Order of Tara."

Left: Arch Priest Don's Correllian Heraldic Banner showing his Personal Sigil as well Witan and Elder's collars, First Priest's coronet, and peony flowers. Rev. Don is a blood member of the House of Highcorrell, and is thus entitled to the peony flowers that are used in Correllian personal heraldry by members of the Highcorrell family.