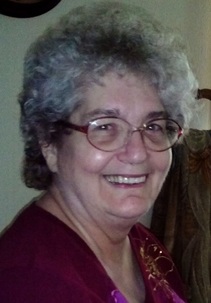 The Beloved Virginia Smith, better known as Lady Bitterwind, served for many years as First Elder of the Correllian Tradition.

Blv. Bitterwind retired as First Elder in Year 11 Aq., but retained the rank and dignity of the office and remained officially a member of the Correllian Council of Elders until her passing.

Blv. Bitterwind was the longest-serving First Elder in recent memory, having held the office for twenty-two years.

Left: Blv. Virginia "Bitterwind" Smith.
Blv. Bitterwind passed from this world on the morning of Beltane, May 1, 2019, just before the Lustration of the Ancestors which was also the Ruby Jubilee of the First Priesthood. Although she was expected at the Lustration, her absence was attributed to her failing health. In the last years of her life Blv. Bitterwind had battled a number of health ailments, and in the months leading up to her death she had been dealing with the onset of Alzheimer's. On Sunday evening, after Lustration had ended, a number of Corellian Priesthood had gathered for a ceremony at the graves of the Correllian Ancestors. It was just as this ceremony was beginning that the Tradition learned of Blv. Bitterwind's passing. 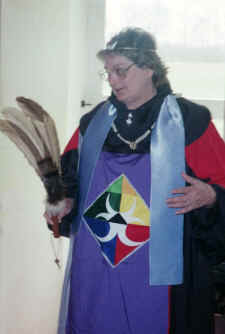 Blv. Bitterwind was born on a particularly frosty Candlemas morning long ago, which was the inspiration for her name "Bitter Wind".

Blv. Bitterwind's father nurtured her interest in philosophy and encouraged her to always look beneath the surface of situations.

In the '80s Blv. Bitterwind made a collection of her father's philosophical writings, which was published in the Pagan journal Wheel of Hekate. 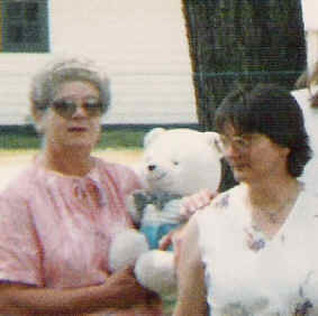 Above: Arch Priestess Bitterwind (R) with the Regent LaVeda at a ceremony of the Correll Mother Temple held in 1988. Yes, the bear was part of the ceremony.
Associated with the Correll Mother Temple for many years, and a founding member of the Temple of the Dancers of Shakti, Blv. Bitterwind became an adopted member of the High-Correll family in 1583 Pisces (1983 AD).

A retired restaurateur, Blv. Bitterwind authored many philosophical articles and stories, as well as works on metaphysics and science fiction. Blv. Bitterwind's best known writings are Dirty Tricks, Inc. a series of articles expounding upon the hidden agendas and unconscious behavior patterns of society, and including her famous discourse on why government should be considered a living being -one not always friendly to humans. 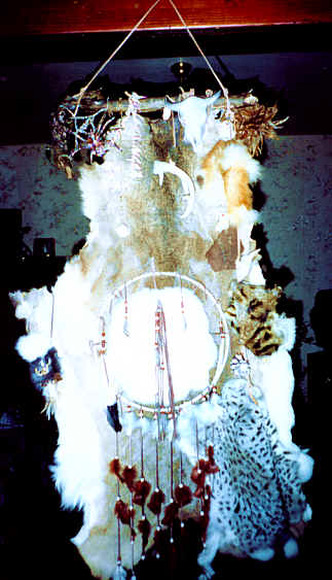 Above: One of Lady Bitterwind's artworks, entitled "Fur on fur, heartache on heartache" illustrating the role of death and regeneration in Nature.
Throughout the '70s and '80s Blv. Bitterwind was also well known as an artist and illustrator in the underground press. She was skilled in pen-and-ink, oils, and water color, and at the turn of the century came to specialize in sculpture.  For several years Blv. Bitterwind focused on sand sculpture. Blv. Bitterwind created a sand sculpture in honor of the Goddess 2000 Project, which was displayed in the art competition accompanying the Danville Balloon Classic, held in Danville Illinois in the Year 0 Aquarius (2000 AD). The following year she won Second Place with her sand sculpture "Love knows no barriers".

In later years Blv. Bitterwind came to specialize in a kind of art that repurposed ordinary objects in new and meaningful ways. Blv. Bitterwind felt that this served both a practical purpose, in recycling what were often otherwise unwanted items, and a spiritual purpose in demonstrating how the most mundane items can find an elevated spiritual use. This of course was also a metaphor for how we too can find new life in spirituality, no matter what our status or misadventures in life have been.

For many years Blv. Bitterwind's artwork was extremely popular in the Correllian Tradition as well as in central Illinois, where she was a fixture at local art shows and metaphysical stores.

Advancing age and declining health caused her to stop doing artwork for several years, but the creative urge is not easily denied and Blv. Bitterwind returned to producing artwork in the last years of her life. Many pieces of Blv. Bitterwind's art have been presented as gifts to Lustration hosts or to Temple Heads. To see more of Lady Bitterwind's art, go HERE 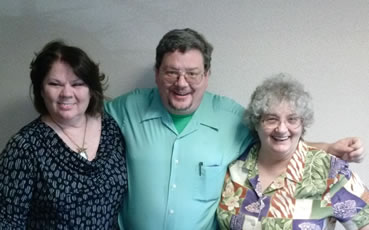 Though rarely ever used, Blv. Bitterwind's full formal titulary was as follows: