PURE Sanctuary Temple was established in 1599 Pisces (1999 AD), with Rev. Becci Penry, HP, as its Founding Head. During its years of existence PURE Sanctuary has had several different Temple Heads, without ever loosing its continuity.

PURE Sanctuary and its members also have a number of special duties toward the Tradition as well.

PURE Sanctuary  Temple is charged with the duty of procuring and preparing the lustral water for the sacred Lustration ceremonies held in Spring and Fall of each year.

Several members of PURE Sanctuary  hold or have held important positions in the Tradition. These include Rev. Kim Reffet, who formerly served as Elder's Herald: and Rt. Rev. Jason Highcorrell, a member of the Correllian Council of Elders as well as Herald to the Chancellor: another notable member of PURE Sanctuary Temple is the Arch Priestess Bitterwind, retired First Elder of the Tradition.

Right: Arch Priestess Virginia "Bitterwind" Smith, Retired First Elder of the Correllian Tradition and Temple Advisor to PURE Sanctuary Temple, with water for the Lustration of the Ancestors, Year 4 Aq. 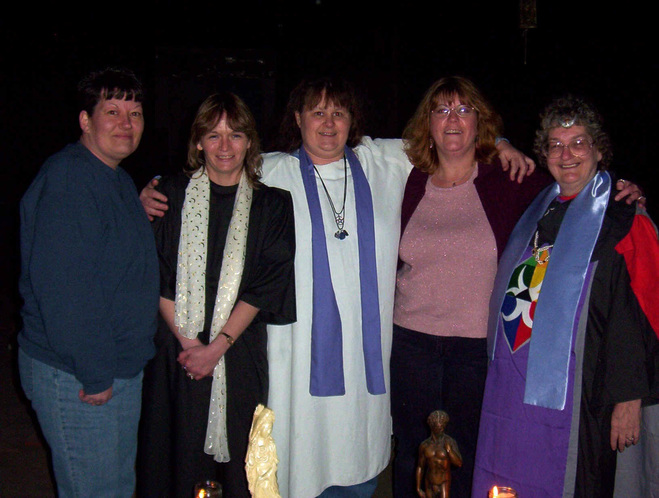 Above: Some of the members of Enchanted Realm Temple including L to R:
Vicky, Rev. Kim Reffet, Rev. Reanna Marie, Marylynn, Lady Bitterwind

Rev. Becci was a student of Rev. Krystel High-Correll, First Priestess of the Correllian Tradition, at Dancers of Shakti Temple which was teaching through the Awakenings Center in Danville, Illinois. Lady Krystel had founded the Dancers of Shakti in the '70s to facilitate public outreach and teaching, since the Correll Mother Temple then as now functioned primarily on a Closed Court basis. 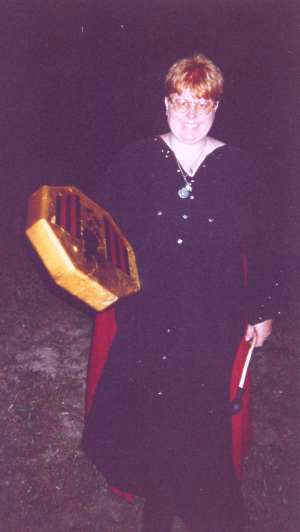 Above: Rev. Becci Penry, HP
​At the time Rev. Becci headed an eclectic group called the Circle of Ascension, and it was this group she originally hoped to Charter as a Correllian Temple.

It was intended that the Charter would be granted at the first Awakenings festival, held in May of 1599 Pisces.

However the differences between the existing eclectic group and the requirements for a Correllian Temple were considerable.

Thus the Charter was drawn up for PURE Sanctuary Temple, with Rev. Becci Penry as Acting Head.

At that time the system of Witan Shrines and Proto-Temples we follow now had not yet been put in place, since the Tradition had not yet seen the need for this. Therefore PURE Sanctuary began as a Temple from its first day. 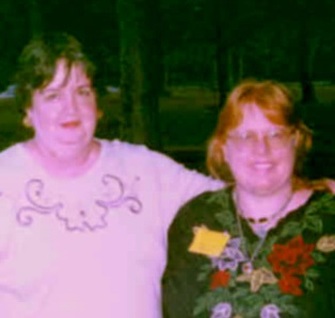 Above: Arch Priestess Krystel with Rev. Becci Penry at the first Awakenings Festival
​Lady Krystel acted as Sponsor to the new Temple, and soon turned over most of the teaching she had been doing to Rev. Becci, who proved to be an excellent teacher in her own right.

PURE Sanctuary Temple, meeting at the Awakenings Center, prospered. The new Temple attracted many students and sponsored a variety of events. Notably, it continued to play a major role in the popular Awakenings Festivals in Vermilion County, Illinois.

Third Degree status entitled Lady Becci to Head PURE Sanctuary in her own imperium, and to be seated on the Witan Council. 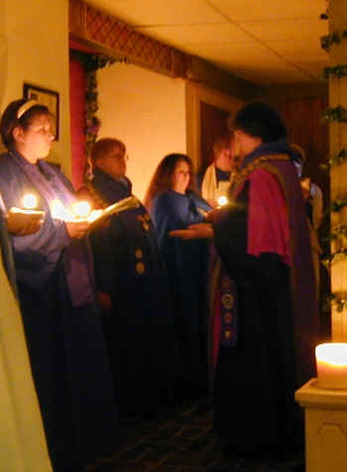 When the decision was made to begin holding public Lustration ceremonies each Spring and Fall, PURE Sanctuary was selected to act as the host Temple.

The Lustrations grew out of the Ancestor ceremonies of the Correll Mother Temple, adapted to public use.

At the time however, falling as it did between the sale of Greenwood house and the acquisition of the Gray Elephant, the Mother Temple did not have facilities large enough for this sort of public ceremony.

Consequently the first public Lustrations were held by the Mother Temple at PURE Sanctuary Temple precincts .

PURE Sanctuary's beautiful Temple space lent itself wonderfully to the needs of the Lustrations, which were quite successful. 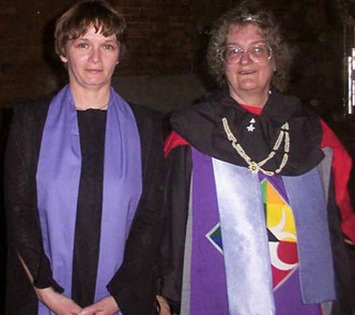 In November of Year 3 Aquarius Lady Becci stepped down as Head of the Temple, because of a personal tragedy in her life.

Knowing that she needed time to grieve and re-stabilize herself, and thinking of the welfare of her Temple first, Lady Becci passed leadership of the Temple to Rev. Kim Reffet as Acting Head. 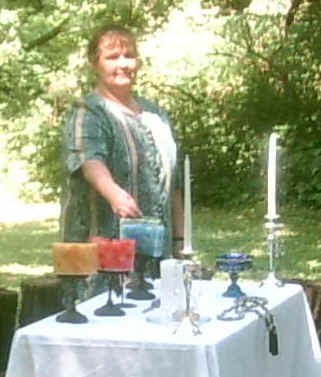 Above: Rev. Reanna Marie
The success of this transition was extremely important. Too many Temples have fallen apart because a Temple Head has not been willing to put the Temple welfare first in a moment of personal tragedy, or been willing to hand over leadership to a worthy successor when for what ever reason they have themselves become unable to lead.

If a Temple is to survive it must be able to survive the transition of leadership which Time will inevitably demand. In this PURE Sanctuary is a sterling example to all Temples.

Rev. Kim in her turn also handed over leadership of the Temple, seeing that her life did not permit her the necessary time to run a thriving Temple. 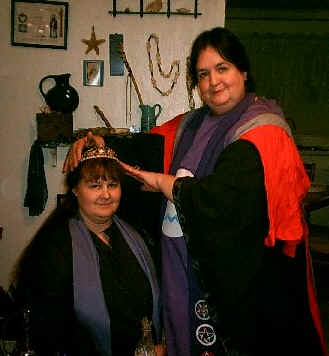 Rev. Reanna changed the name of the Temple from PURE Sanctuary to Enchanted Realm, and created a new sigil for the Temple.

In Year 9 Aquarius Rev. Reanna stepped down as Head of Temple, in order to move to Iowa where she could legally marry her long-term love, Bert. At this time Rev. Jason became sole Head of Temple, restoring the original name of PURE Sanctuary. 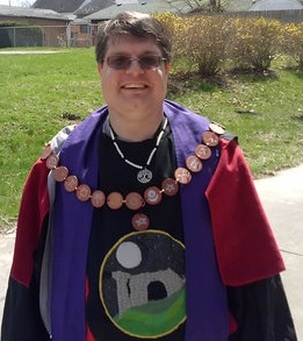 In Year 12 Aquarius, PURE Sanctuary hosted a regional Lustration of the Living that was podcasted via the internet.