​Rev. Príncipe Therión de Fira, HP, born in Venezuela, on July 30, 1944, under the zodiacal sign of Leo of which he was a worthy and proud representative, sociable and of many friends, said of his own magical name: <<I took my name inspired by the ancient island of Thera, present Santorini (Greece). I have dreamed about this island for a long time. The natives were called Theriones>>. Bachelor and Doctor in Education, specialized in Research and Educational Planning, by the Central University of Venezuela (UCV). Loving Father and Grandfather.

Left: (L to R) Rev. Hazsoly Márquez, Lord Príncipe Therión,
Rev. Samantha Blanco and Rev. Óscar Porras.
​Studious and passionate about all history, although with a marked predilection for the History of Ancient Greece, Therión always found a moment from his earliest youth to read and learn; and later to instruct others, since he was a teacher of formation and vocation. He liked to spend his free time in the kitchen or translating texts that could serve other people, those were some of his greatest passions and activities. He spoke fluent Spanish, his mother tongue, and also French, since he lived in France from 1971 to 1974 while doing his university studies. In spite of not having formal studies of English language, Therión did a great work of translation, being autodidactic he learned this language almost by himself. 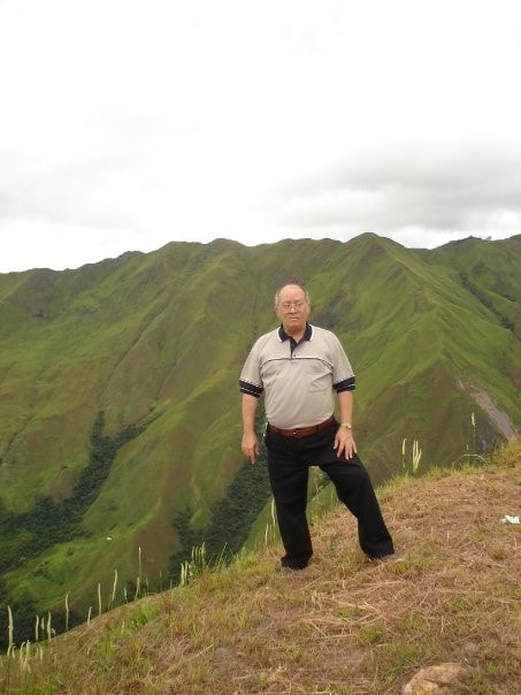 ​Therión was an assiduous observer of the sky and the stars, he enjoyed them very much and always asked desires to the shooting stars. Excellent conversationalist, and best writer, he is famous among his friends for his long letters and communications. Lover of his native Venezuela, and always affectionate with his beloved Caracas, he was very enthusiastic about the history, customs and nature of his country, of which he shared enough whenever the occasion permitted. As a young adventurer, he enjoyed spending time in communion with nature, on walks and hikes. He loved all animals, particularly dogs and cats. With a good tooth and a good palate, he will always be remembered for his good taste in the kitchen, another of his great passions, both when it comes to cooking and being the host, and when he was the guest too. Therión was blessed with the experience in this life of being able to be a father, and grandfather, and he did it affectionately always the best he could. He enjoyed classical music a lot, and it was easy to find him listening to classical pieces while working. Also a movie lover, he enjoyed movies of all times, whether classic or contemporary. 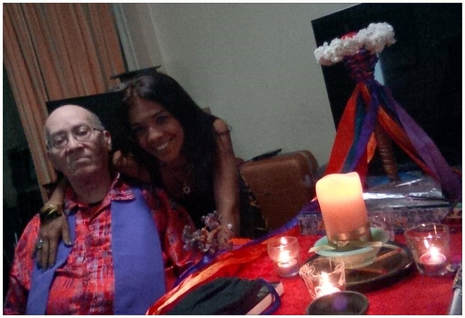 Above: Lord Therión and Rev. Hazsoly Márquez, one of his Initiated Priestesses
​He came to Correllian Nativist Wicca in 2006 when he trained with Rev. Samantha Blanco, completing his First Degree and Initiating in November 2007. From 2008 onwards he continued his training at WitchSchool, where he was a Lifetime Member, with Lord Eblis Z. Solaris Pendragon as Mentor in the Subsequent degrees, and with whom he ended up completing his Third Degree and Initiating in May 2015, thus becoming the first Correllian High Priest in Venezuela. Therión always distinguished in being both an extraordinary student and an extraordinary Mentor.
​Príncipe Therión de Fira was a great passionate about teaching and his ministerial vocation was focused and always based on it. He was also a great host, who enjoyed very much the visit of family and friends, and study sessions or group work. In fact, we can assure that the study groups, and generations of students, whom he affectionately called his "cohorts", occupied most of his time and energy, and over the years they were very numerous. All of them benefited from his work as a translator and as a mentor, with whom he shared his enthusiasm, interest and knowledge not only in Wicca and Correllian Wicca, but in many of the topics that were of his great interest and specialization: the tarot, magickal cooking, astrology, the world of fairies, herbs, astral travel, magick, among others. 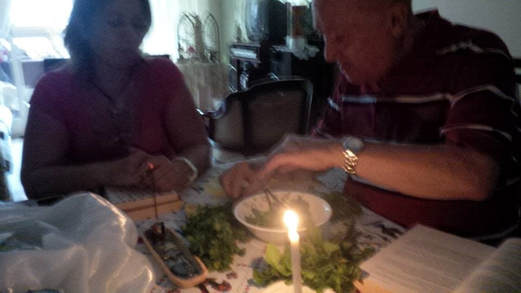 ​Príncipe Therión de Fira argued that a magician is not only made with the theory studied, but that we should be practitioners, live by experimentation, and not be library witches. Because the true magician is made according to his or her practice, exercising with spells and rituals, practicing divination, observing nature, analyzing each cycle, meditating and dreaming, and observing the world around. 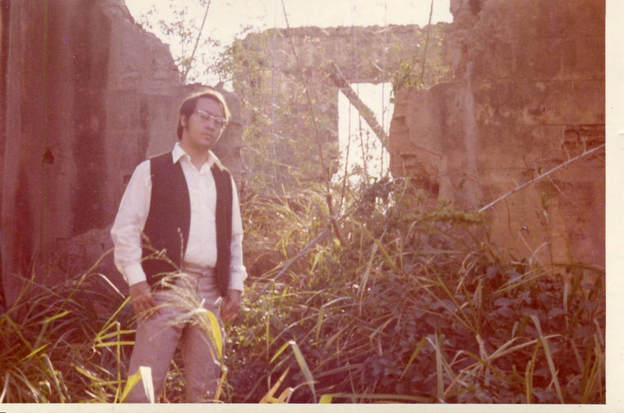 ​His constant work for the Spanish-speaking community, and for the Tradition, earned him the merit of three awards: 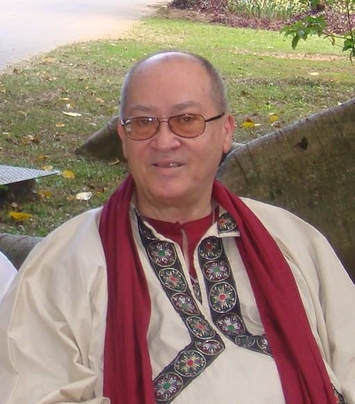 ​In addition, Lord Therión was a designer and creator of complete courses that were always available to anyone who was interested in learning self-knowledge and personal growth through magic. The value of Therión's work in these areas was always recognized by various pagan Traditions present in Venezuela. Some of these courses are: 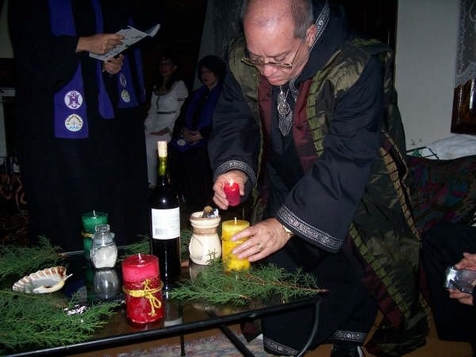 ​In his desire to share and help other people in their spiritual and magical formation, and thanks to the internet and the new technologies with which he always tried to help himself, Príncipe Therión had a very active life in social networks, which led him to know Witches throughout Venezuela and all around the world, with whom nurtured beautiful friendships. He also managed different groups, with diverse themes and subjects, some of which are still very active today and all undoubtedly laid the foundations of the current neo-pagan community in Venezuela. The most outstanding of these groups: 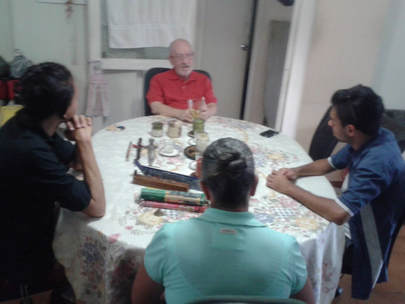 ​Always in a natural, very organic way, from these groups came the people with whom Therión enjoyed so much celebrating Sabbats, Esbats and Rites of Passage - celebrations always accompanied by a good meal, as well as the well-deserved time for oracles and divination! In the celebrations, the house of Therión, which became the Shrine and the Temple, was always full of people willing to enjoy both the host and the event itself. Therión loved to welcome his students and friends in his house, enjoying long after-hours, and organizing evenings full of activities in which it was common to stay up late! It was also very common before a celebration that a couple students came to his house to help him cook the feast. 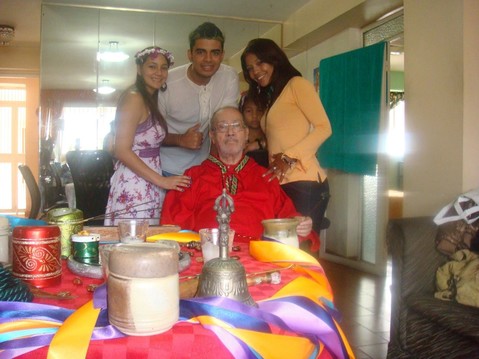 ​Although he enjoyed the meetings in his house, it was also common to find Therión visiting and participating in public events, such as Pagan Pride Day in Venezuela recently, and many years ago performing rituals and practices in public open spaces, in public parks, gardens, the mountains, or the beach, because he was a man who enjoyed very much contact with nature. He always told anecdotes of his excursions in the Parque de las Brujas, the Colonia Tovar, the Botanical Garden of the Central University of Venezuela, the Tierra de Nadie of the campus of the same UCV, and a long etcetera, as Therión enjoyed whenever he could to move and travel through the great biodiversity of the beautiful Venezuela. 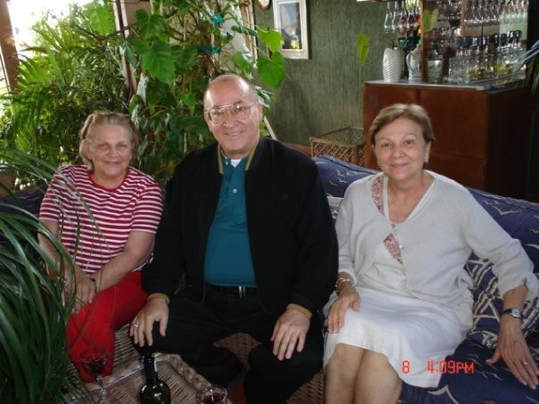 On his Mission in life, Therión affirmed:

"I share the ideas of Rev. Don, that knowledge is not to be accumulated or hidden, but to dispense it to all who seek it. It is my desire, and my dedication is oriented to continue with my vocation as a teacher, planner and researcher of education, at the service of the Wiccan cause, in this case under the Correllianism star. I worked in something very similar during my 35 years of professional carreer and now that I am retired, I keep doing that which I like so much". 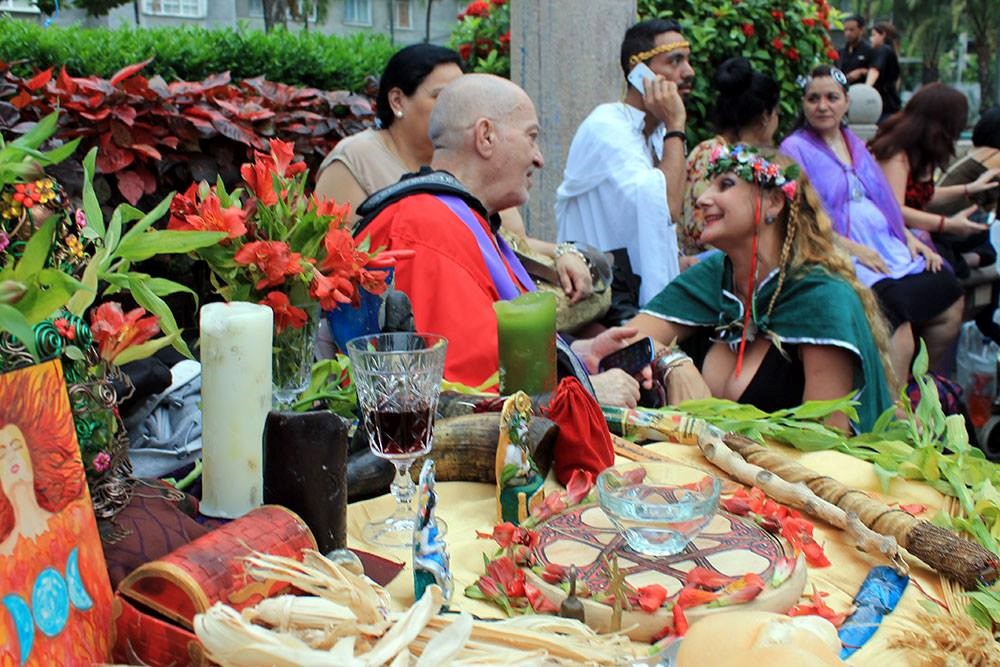