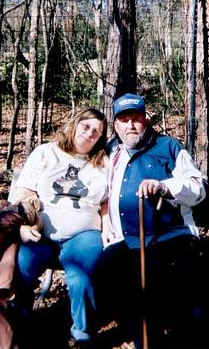 This week we are talking with Lord John Snodgrass, who is from East Texas, USA. He has been kind enough to take some time and let us interview him. This is both a personal interview and also some information about the Our Lady of the Sylvan Wood Temple.
​
His name is Rev John Snodgrass, HP better known as Ing Witch. He lives in East Texas with his wife, Rev Patricia Snodgrass (Rev Thora) and their son Jon-Edred.

They are all members of the Correllian Nativist Tradition.  Ing and his wife are both Correllian Clergy and their son is a member of the Outer Court.

Rev. Ing at the Lustration of the Ancestors, Year 6 Aq.
His family’s form of religion would, by modern standards have been classified as Pagan more than Wicca as he grew up, but they had no notion of those terms or titles for what they practiced. It was a blend of Romanian gypsy from his mom’s family and Norse mythology from his father’s family.
​
His son Jon-Edred and he are sadly the last two male members of his family, as he was the youngest of his generation of births with no other brothers and sisters of his blood kin and he being an only child. Ing and his family have been members of the Correllian Nativist Tradition for 6 years now, Ing himself now being 3rd Degree clergy.

Ing is the High Priest and Temple Head for Our Lady of the Sylvan Wood Temple, and is a member of the CNT Witan Council and the Correll Mother Temple and of several Orders within the Tradition:  The Order of Web Weavers, The Order of Herbal Studies, The Order of Reiki, The Order of Buddhist Wiccans, and he has also been awarded The Meritorious Order of the Iron Pentacle (2x- 2006 and 2007).

He is currently studying to become a member of The Order of World Walkers. He doesn’t belong to any other groups at this time, although for nine years, he was the Texas State Director for Witches Against Religious Discrimination, now dissolved, from 1995 to 2004.

Rev. Ing with Rev. Yoko at the Lustration of the Ancestors for Year 5 Aq.
His primary Spirit Guides include his Mother, and 2 elder aunts and one uncle from his father’s side of the family. His Mom, who was buried with the remains of his birth cowl, speaks through her tarot cards, a like new Swiss deck, which he was presented with after her death in 1982.

His aunts and uncle speak to him through dreams of a prophetic nature; usually when he needs to see people, things, or know about things about to happen, or which he will soon encounter.

To him Wicca means both a way of life and as a Wiccan Clergy - a life of service to others. Ing says that just calling oneself a Wiccan without taking on all its meanings to heart and soul does not make one a Wiccan.

So it is, with being a member of the Wiccan Clergy, it is first service to the Goddess and then to all fellow human beings, regardless of their own beliefs. A Clergy’s way of life is being available 24/7 for the needs of others in ones community, heat or cold, rain or shine, when others are in need of help and support, it is a Clergy’s duty to rise and go.

And when people come to him with problems it is because they have exhausted all other avenues of help and have not found it. Then it is up to him to help with those talents the Goddess gave him at birth, love and compassion.

He found the Correllian Tradition at a very low period in his life; in 2001 he had his first heart attack and was up late one night unable to sleep, looking for Wiccans of like faith and practice – that is where he found the old website with the lessons for 1st Degree online and the email in exams. 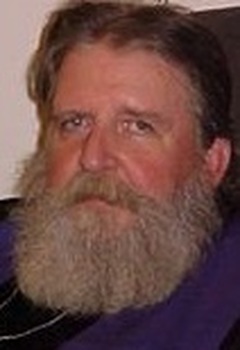 Above: Rev. John "Ing" Snodgrass
This led him to the online Witch School in September 2001, where he jumped on and after a restart due to the site being hacked in February 2002, he began again and after completion of the 1st Degree and attainment of Clergy status, he became a mentor there himself.

He sees the Tradition and Correllian Wicca continuing to grow to become a large, if not the largest, Wiccan voice of power in the world. Yes, there will be splits and in-fighting, but these have happened before, and will again, nothing worth having or supporting comes without hard work and a few bloody noses as badges of honor to show for the efforts.

He will be here to the very end, the last one out the door and will turn off the lights for the last time if need be…and as such he retired as mentor in August 2006, feeling he had done his job, and now other younger and faster mentors could rise to the forefront and meet the challenge and take over mentoring those that will in time become the future leaders both of the school and Tradition.

Ing supports his wife and other people who combines Buddhist principles and ritual prayers with her Wiccan practice; but for him, there has never been any other forms of religion which he could add it to Wicca to make it more right to him than it is now.

Above: The sigil of the Temple of Our Lady of the Sylvan Wood
It is his heart and soul, expressed in rituals to the Goddess and service to others that satisfies his heart and soul that his Wiccan beliefs are right for him, all others must make their own decisions on this matter.

He would like to express his thanks to Lord Don and Lady Krystel for accepting him into the Correllian Nativist Tradition to begin with, and to thank the Correllian Herald and the Faces of the Correllian Editors and staff, especially WolfCiara, for giving him a chance to speak out here.

In truth he was dumbstruck when asked to do this, in fact during the time to answer this questions, he have kept on asking himself why him…why was he asked to do this, as he can think of at least 200 other Tradition members right off the top of his head that should have been asked long before him.
Rev. John's lineage in the Correllian Tradition is thus: