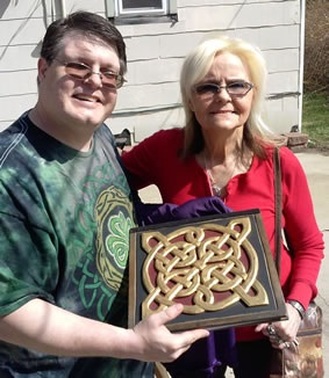 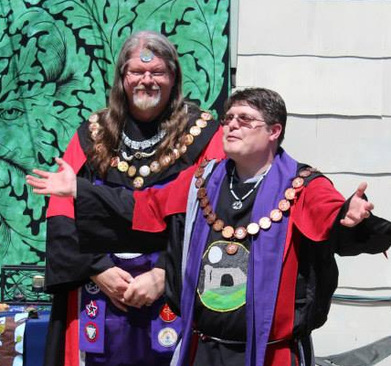 Rev. Jason Highcorrell hosting the Lustration of the Ancestors at PURE Sanctuary Temple in Year 14 Aq.
Born in 1578 Pi. (1978 AD) Rev. Jason is a member of the Mabelline branch of the House of High-Correll, and the adopted nephew (as of September, Year 4 Aq.) of the Tradition Chancellor, Rev. Donald Lewis-Highcorrell. As a member of the Mabelline branch Rev. Jason spells the name "Highcorrell" as opposed to the "High-Correll" usage of the Louisine branch.

Rev. Jason was appointed as Herald to the Chancellor in Year 4 Aq. Rev. Jason also formerly held the office of Chancellor's Paladin, and served for a time as Paladin General before the Paladinal Order was disbanded.

Rev. Jason was one of the first Correllian High Priests to be trained using standardized materials, achieving his Third Degree in Year 5 Aq. 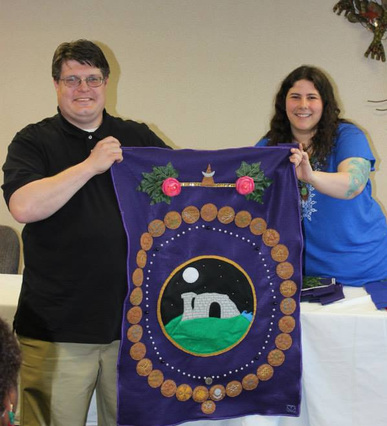 Rev. Jason's lineage within the Correllian Tradition is thus: 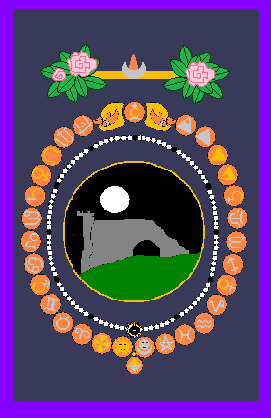 Ser Jason's full titulary, though rarely used outside of the most formal situations, is:

Right: Arch Priest Jason's Correllian Heraldic Banner showing his Personal Sigil as well Witan and Elder's collars, Elder's coronet, and peony flowers. Rev. Jason is the adopted nephew of Rev. Don Lewis and is thus entitled to the peony flowers used in Correllian heraldry by members of the Highcorrell family.