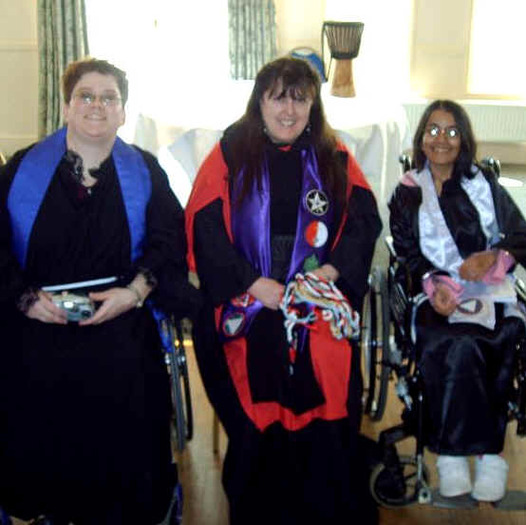 Above: Arch Priestess Anna Rowe with Rev. Lilith (L) and Rev. Nehal "Nelly" Shah (R) at the Lustration of the Ancestors for Year 8 Aq. hosted by Sedna Temple
​Rt. Rev. Anna Rowe is a Correllian Arch Priestess, a member of the Council of Elders and Head of Sedna Temple in the United Kingdom, and also serves as Witan Herald for the Tradition as well as Head of School for Witchschool  UK and Europe.

Rev. Anna has this to say about herself and her experience as a Correllian Priestess:

"I live with my husband, my little cheeky cairn terrier Mysti and adorable cat, Starlight who frequently helps on the pc typing messages in her own unique way. 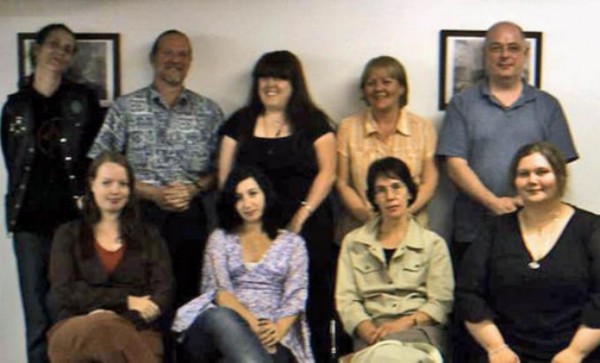 Above: Group photo from the UK Intensive. Back Row: Rev. Polgara (UK), Rev. Terry (US), Rev. Anna (UK), Rev. Jackie (UK), Rev Karl (UK), Front Row: Rev. Dragonfly (Denmark), Rev. Harwe (Spain), Rev. Cynthia (Poland), Rev. Joanne (UK)
"My family on both my mother and father’s side originally came from France with the Huguenots. They were Protestants escaping from persecution by the French Catholics. So it was quite surprising that my family ended up as Catholic eventually.  They were originally weavers and cloth makers.  My mother was a staunch catholic but she died when I was six months old so I was brought up by my father and my grandparents till I was 5 when my father remarried.

Above: Lady Anna's Correllian Heraldic sigil, the lotus arising from the waters, encircled by the Witan collar
"From a young age, although I was brought up a catholic, I knew deep in my mind that Catholicism wasn't really the way for me but I wasn't sure exactly what was.   I was fascinated by Buddhism, but that didn't quite sit properly with me either.

​"The years went by, I married and had two wonderful sons who are now grown up.   I had been coasting along for years not quite knowing or having the time for myself.  Now my sons were grown I had the opportunity to devote a little time to myself.   This is when I bought my first pc in the April 1999.  Like so many others I was surfing the net, can't remember now why I was, but I came across the 'Daily Spell'.  Can you imagine!  I had found what I didn't realise I'd been seeking.

​"It was announced in the emails that The Correllian Tradition was going to provide the Degree courses one lesson at a time by email starting with the 1st Degree in the following October.  I still have all the 1st Degree email printed out and in a binder, the very first one dated October 4th 1999. I have the 2nd Degree and the 3rd copied and stored in folders too. 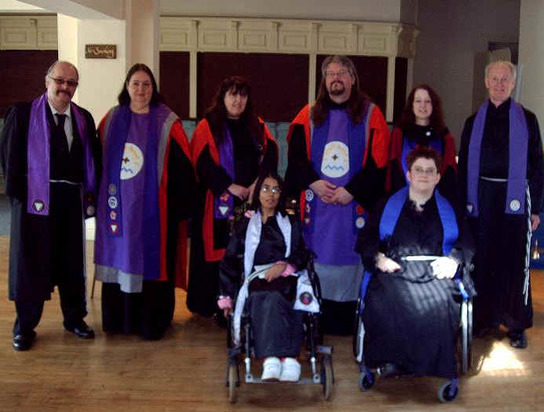 ​
"I was Self Initiated in November 2000, Rev. Don said I was the first of the Tradition’s Initiate of the Wiccan New Year.    The following September I became a 1st Degree Mentor and Senior Mentor following on shortly after [thank you Fabrisia for asking me to apply]. I completed the 2nd Degree in December 2003 and was initiated, and became 2nd Degree Mentor in March 2004. I then went on achieve 3rd Degree Clergy status in 2006 with 3rd Degree Mentor status following on.

"As well as the Temple of Sedna I also run the Temple of Healing providing healing on a daily basis, the Temple of Isis - Correllian Iseum. I am the Head of several Orders including the Reiki, Bast, Sirius, Bards Spiritual Advisors. I run several yahoo groups including Correllian Wicca UK , Correllian Wicca EU,  Tarot group, poetry group, Correllian Support group , a yoga group and a political discussion group  as well as my Witchschool study groups. I have been fortunate enough to have courses  accepted by Witchschool, one in particular on Isis, my Patron being Isis since I was about eleven years old.