The Lustration of the Living for Year 3 Aquarius was one of our most memorable for several reasons.

It had been a difficult summer with considerable controversy caused by Witchschool.com's decision to open a real-time campus in Vermilion county. At the time of the Lustration the ultimate outcome of the campus project was yet to be decided.

At the last minute Lady Krystel, First Priestess and Joint Head of Tradition, was too ill to take part in the ceremony, causing us to have to scramble at the last minute to move several people into different roles in the ritual.

Rev. Ruthann Amarteifio, Head of the Temple of Akasha, who had been appointed an Arch Priestess of the Tradition and inducted to the Correllian Council of Elders during the Summer, stepped into Lady Krystel's shoes and took her role in the ceremony.

Also, Rev. Janet Schmidt was inducted into the Order of Orpheus in recognition for her efforts during the Bennerite conflict which had taken place amid the controversies of the summer. The Order of Orpheus is a Meritorious Order which exists to honor those who have rendered great service to the Correllian Tradition.
As usual the weekend contained a number of events.

Saturday included a number of presentations during the late morning and afternoon. Then in the evening Initiatory Confirmations were held for people who had completed a Self-Initiation but wanted the real-time Initiatory experience as well. Rev. Dave had come all the way from Montana for his Initiatory Confirmation, while Rev. Debbie haled from Ohio. We greatly enjoyed meeting and spending time with both of them and hope that they will return for future events.
​ 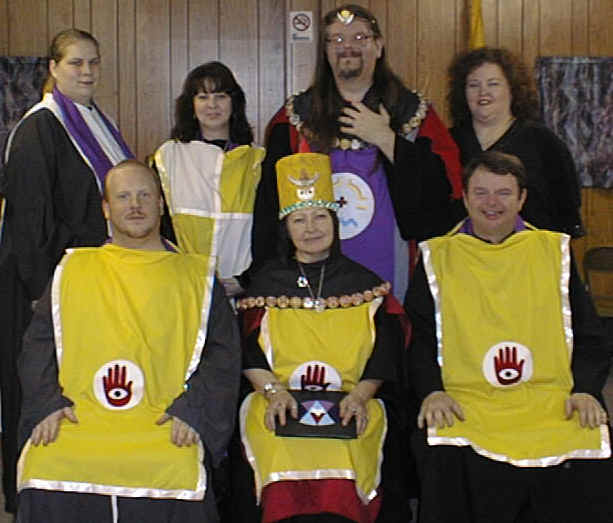 At this Lustration the Deemster's reviewed Trianna and Thousand Mirrors Witan Shrines. Trianna, headed by Lady Green Owl, is located in St. Louis, Misouri. Thousand Mirrors, headed by Rev. Janet Schmidt, is located in Belleville, Illinois. Both Trianna and Thousand Mirrors were accepted for Temple status.
On Sunday we held the Lustration proper
As stated, Lady Krystel proved too ill to attend. Because Lady Ruthann had to step in for Lady Krystel, Rev. Aine Massie had to step in for Lady Ruthann, and so on -so that a number of the participants in the ceremony found themselves in roles other than the ones they had prepared themselves for.
​
One of the most moving moments of the ceremony came when Rev. Janet Schmidt was inducted into the Order of Orpheus. Rev. Janet was not warned that this would happen, so the honor came as a complete surprise to her. The Tradition is very grateful to Rev. Janet for her efforts during the difficulties of the summer, and the leadership was very pleased to extend this honor to her.