​Lustration of the Living 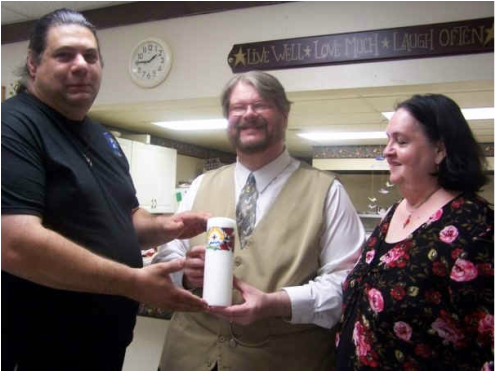 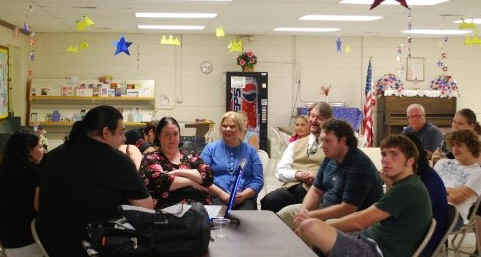 Rev. Robert deMaille demonstrates Spiral Light's power point presentations after the Corn Feast. Photo courtesy of Rev. Alyssa Maxon.
​Sunday morning we gathered for the Lustration ceremony at Hesychia House. The last several weeks had seen a flurry of activity as the grounds were prepared for the ceremony with the clearing away of bushes and undergrowth and the removal of an ornamental pool and fountain that had seen better days. The altar was set up within the shelter of a natural circle of trees, which shaded the proceedings against the August heat and sun. 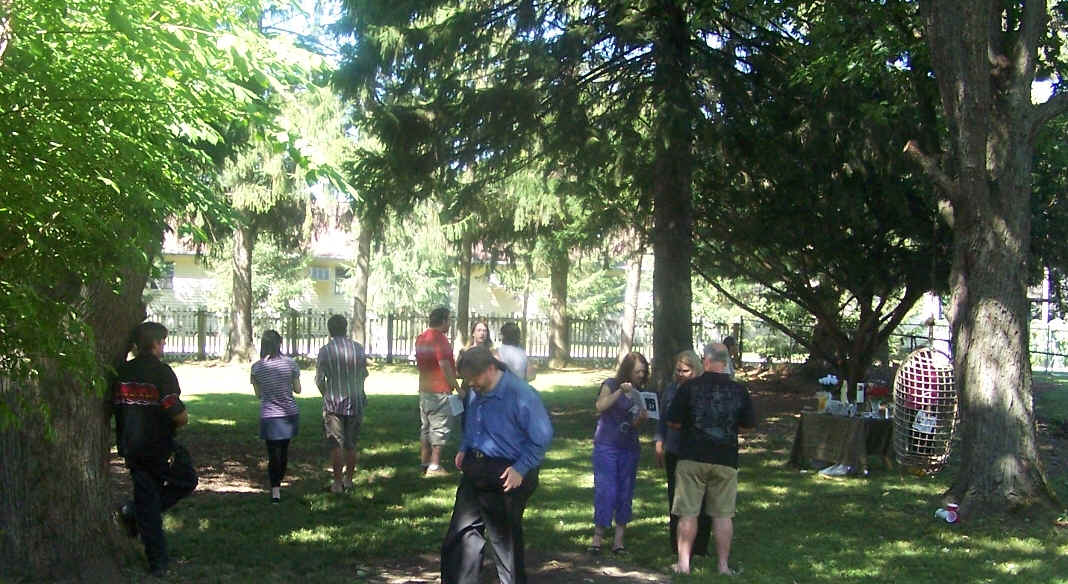 Preparing the Hesychia grounds for the Lustration ceremony. Photo courtesy of Alyssa Maxon.
​As always the Lustration ceremony was open to the public and a few non-Correllians did indeed join us, as well as a few spectators around the Hesychia grounds. Also, for the first time ever the Lustration was covered by the local media, with a news crew from WICD Channel 15 being present. [The resulting story by reporter Checkey Beckford is among the most positive news reports we have ever been featured in] 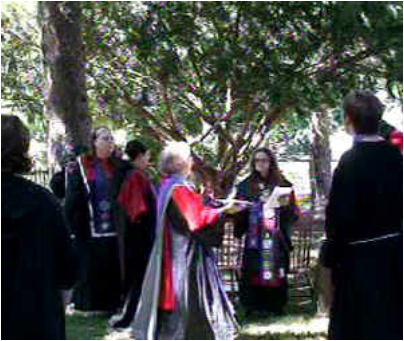 Lady Bitterwind brings forth the Book of Life to be Blessed. Photo courtesy of Magick TV.
​​Awards were then presented for excellence. This cycle we honored the following people for their service:

Order of the Thurible: Rev, Moonleaf 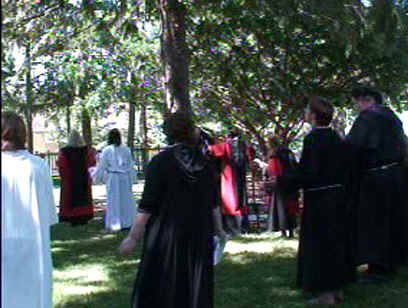 Giving thanks. Photo courtesy of Magick TV.
​We then gave thanks and adjourned to the after-Lustration feast.
After the feast Lady Krystel held a Spirit Message circle in which she and Janice Romack, a Friend of the Tradition of more than twenty years standing, gave spirit messages to participants.

Thus ended the Lustration of the Living for Year 08 Aquarius. We want to thank everyone who took part and hope to see you all again next year!

The next Lustration will be the Lustration of the Ancestors to be held in Salem, Massachusetts, on the weekend of April 17-19. To learn more about this event or to register click HERE