Lustration of the Living

​August 31 - September 2, Year 7 Aquarius
Vermilion County, Illinois, USA
​
This years Lustration of the Living was held in Vermilion County Illinois, homeland of Correllianism, over the Labor Day weekend from 31 August to 2 September. The weekend's events took place at the new Witch School Headquarters,  Hesychia House of Contemplation, both in Rossville, Illinois, and at Rev. Kim Ander's outdoor ritual circle in Danville, Illinois.

Rev. Kim, a senior Priestess and former Head of the Temple of the Enchanted Realm, kindly opened her beautiful ritual circle to us. This circle stands on land that Rev. Kim's family ahs owned for a century, and has been lovingly constructed by Rev. Kim and her husband. We are very grateful to Rev. Kim for opening her circle to the Lustration. 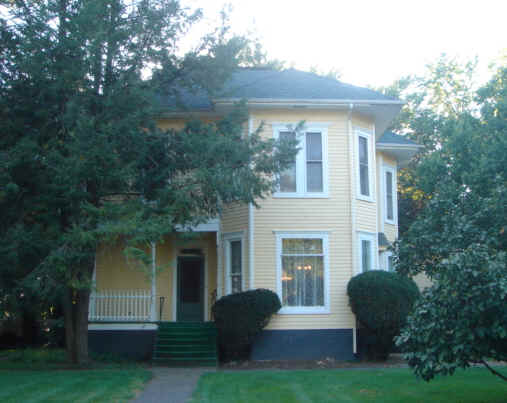 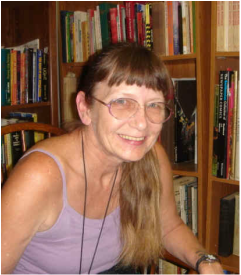 Rev. Jacqueline deGraaf
​
​​The first event of Lustration was a Rites of Passage class conducted on Wednesday and Thursday afternoons by Rev. Jacqueline "Twin" deGraaf. The class was held in the classroom/library of the new Witch School Headquarters in Rossville.

As you may know the School had only just acquired this new building in July, and so this was the first time that most Lustration attendees got to see it.
​Headed by Rev. Alyssa Maxon, Spiral Light Shrine had just moved from being a Formal Shrine to holding Witan Shrine status. Being a Witan Shrine is the first step in the Temple-making process. 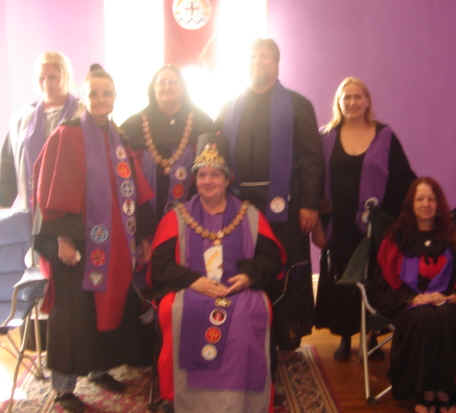 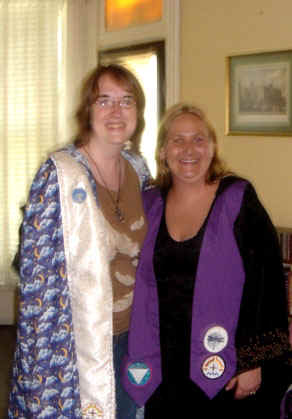 Led by First Priestess Lady Krystel, the Deemsters included the High Priestesses Windy LaJoie of Hooded Crone Shrine in Massachusetts, and Debbe Tompkins Head of the Order of Hesychia.


The ceremony was held in the Temple room of Hesychia house,
​

Rev. Steff of Sacred Sea and Rev. Pete of Northern Lakes were personally in attendance.

Rev. Aphrodite of Lady of Light was also personally in attendance, having driven all night to be at the Deeming, and arriving just before her name was called. 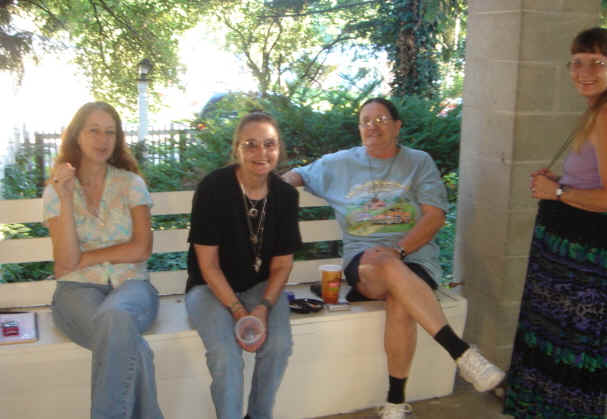 Lady Debbe, Lady Windy, Lady Virginia, and Rev. Jaqueline, on the veranda at Hesychia house after the Deemings. 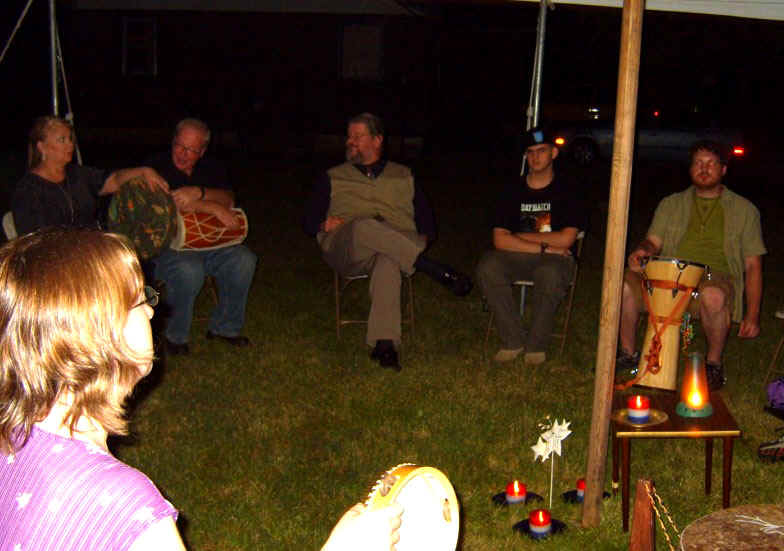 After the initiations a drumming circle was held for those still present. 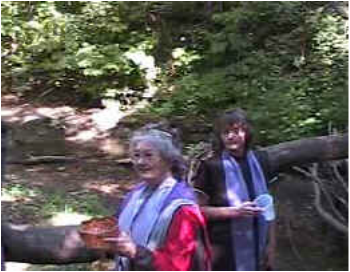 First Elder Lady Bitterwind assisted by her Herald Lady Kim, gathers the water for the Lustration immediately before the ritual. Ordinarily the Lustral water is gathered well in advance, but since a branch of the river runs right through the ritual grounds, it was decided to include the ceremony as part of the festivities on Lustration morning, allowing everyone the chance to take part.

​​Sunday morning we all gathered at Lady Kim's land for the actual Lustration ceremony. Lady Kim and First Elder Lady Bitterwind led a procession to the river where the Lustral water was collected for use in the ceremony. 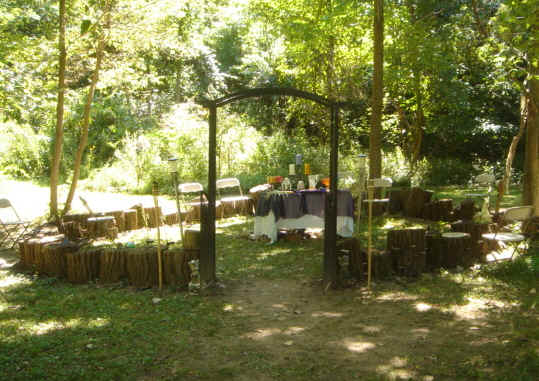 Lady Kim's ritual circle, seen from the route of the entry procession. The Lustration altar is set up, and the metal gates of the Temple stand open.