Lord Eblis first began his Correllian training in Year 03 Aq (2003 CE) studying in Witch School as a Lifetime Member since then. His Second Degree on Correllian Wicca was attained in Year 5 Aq (2005 CE). Then started his Third Degree, from which he graduated in Year 08 Aq (2008 CE). Lady Anna Rowe, whom he describes as being a wonderful and beautiful mentor, friend, guidance, role-model and inspiration – accompanied him all these years, by being his First, Second and Third Degree mentor; since the first day he signed up in Witch School!

In Year 15 Aq (2015 CE), during the Lustration of Ancestors, hosted by Sacred Moon Garden Temple in San Antonio, Texas, Lord Eblis was acclaimed an Elder of the Tradition.

Lord Eblis occupied for a very brief time the position of First Elder, between October 15 Aq (2015 CE), - after Regional Lustration held during the Parliament of World´s Religions in Salt Lake City, Utah,- and January 16 Aq (2016 CE).

Lord Eblis was born in Mexico, and after several years living and working in other countries, he them moved to Spain, where he lives today.

Lord Eblis belongs to the  Order of World Walkers, Order of Cambiapieles and Order of Translators.

Lord Eblis believes working with Ancestors is really important, as is Oracle working.

He enjoys Dragon magick too. 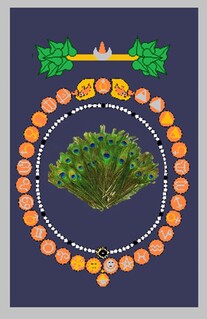 To Eblis, Wicca is a very important aspect of the World’s Future. Wiccans have great potential as agents and assistants of positive changes.

For several years, Lord Eblis produced and co-hosted two radio programs in Spanish: Voces Paganas and Encuentro, and actively participated in the Pagans Tonight radio network, where he helped many others to carry out programs and activities.

​Lord Eblis is a Priest of the FOI, where he has an Iseum under his charge.
Para Español